I had the day off work today, so when I got up, instead of following my usual routine of a couple of stretches and then some Sartre I thought I’ll do it later. Of course I never did.

Nevermind, here are some blocks. 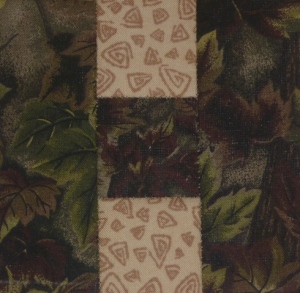 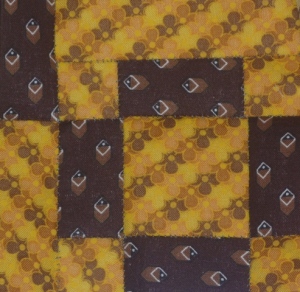 I am not usually germ phobic, but I did have a moment on the train this morning, as people on three sides of me were coughing and sneezing, when I briefly thought that investing in some sort of face mask would be a good idea. I eventually decided against it because when I am sewing on the train I usually stick the needle in my mouth when I am not using it. I know it’s quite gross, but it leaves my hand free for tying knots and sorting things out. I suppose I could try to stick it in my shirt or something and it would have the same end, but bad habits are hard to break, and I still don’t think I would get a face mask.

Sartre is discussing whether there is such a thing as a whole world, or whether it is never any more that a composite of individual things. He says not and at first I kind of agreed with him. However, on consideration I feel there is something more to a whole than its parts. Take a quilt for example, the quilt is made up of bits of material, wadding, backing, thread, binding, but the quilt is more than just these bits. To me the quilt is in the way the bits go together, the way they are organised. There is something similar when you think about the whole world/universe, a kind of universal organisation (captured by the laws of physics). 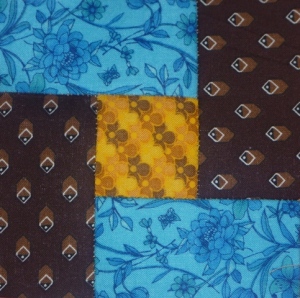 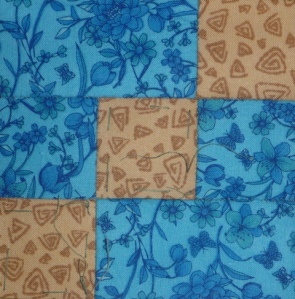 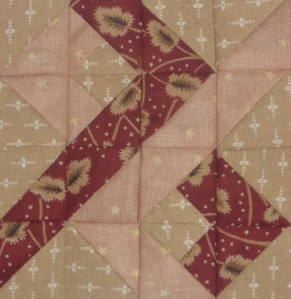 I am starting to like the colours in these fabrics a little better, but maybe that is just because I made slightly better combinations in these blocks. They are english paper pieced, but I am giving the glue stick another try, and actually finding it okay. Though I am probably putting way too much on. 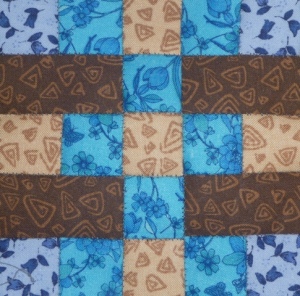 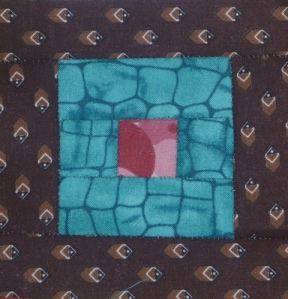 It’s been so long since I did any philosophising (is that actually a word?) that I am feeling a little out of practice, and not really sure where to start.

I did do a little reading this morning. I am still on the topic of knowing and knowledge, and quibbling with Sartre over definitions. For example he says that because intuition has been defined as “the immediate presence of the knower to the known” and then proceeds to define immediate as without a mediator, i.e. that there is nothing between them. I would have interpreted immediate in that sentence as being immediate in time. Which would give completely different outcomes to his subsequent argument about the relationship between the knower and the known.

Perhaps a part of it is that I am reading a translation and words have different nuances in other countries. However, despite 2 years of lessons in high school, my french consists of hello, and for some reason the pen of my aunt (I think I picked that up from Asterix). While it would be nice to become more fluent it’s not something I am not going to go out and do right now (immediately?).

I have blocks. I am actually a bit ahead of myself at the moment. I have 2 days worth sitting there completed. Is that cheating? I don’t think so. This way if everything else goes pear-shaped I still have something to post about.

Not sure that I like the fabric in these ones. They were from a load of fat quarters I bought on sale. I thought they were alright in the shop but now I am starting to think they are slightly garish. 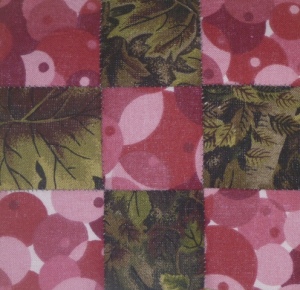 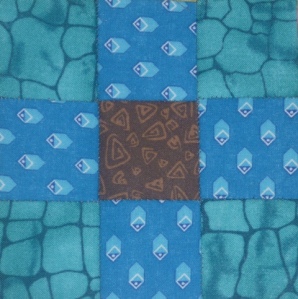 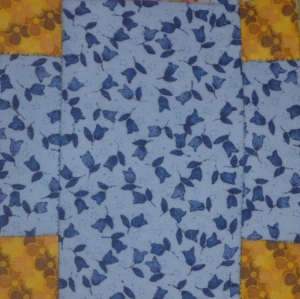 Am having a slightly strange day. I have actually got a few things done, yet I still feel decidedly lazy.  I think it is because I abandoned the list and decided I was just going to do what ever took my fancy. For some reason at some point that included cleaning out the filter on the stove hood, but I did also do a load of sewing and managed to finish three blocks, including one that had been bugging me for a while. 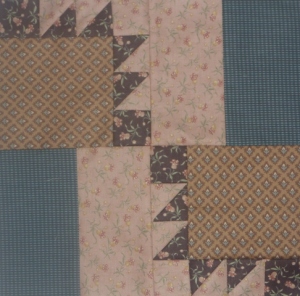 The sailboat one is the one I was struggling with. I got started on it a while ago, but put it aside, not sure why. I think it was just too big. Today it went together no problems at all. 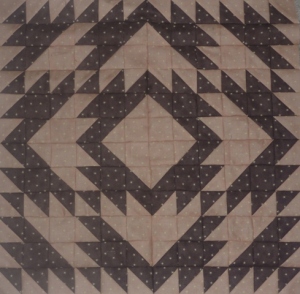 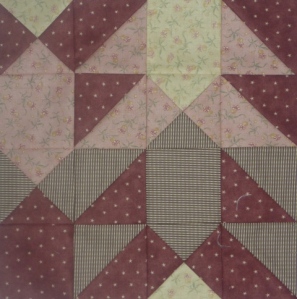 It took me a while to figure out where the fish bit in the title of this block came from, but there is a quite definite fish in the bottom right hand corner (brown body, red fins). If you put a number of these blocks together, you’d get a really cute shoal of fish.

Another Saturday is already over, and almost another weekend. I can’t believe how fast the time is going.

I have been sewing on the machine for most of the day. That and cutting out blocks for English paper piecing. I have come to the conclusion that I can’t keep English Paper Piecing blocks with really small bits. There is just a point at which tacking things over papers becomes kind of pointless, where there is more folded over than actual piece. So I have been jumping round the book a little looking for blocks that would be okay to paper piece as 4 inch blocks. I guess when I run out of those I can always go up a size. 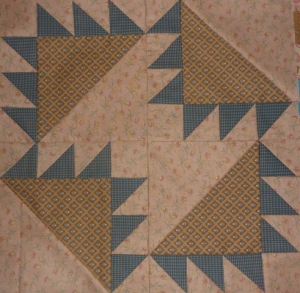 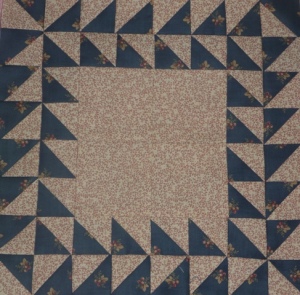 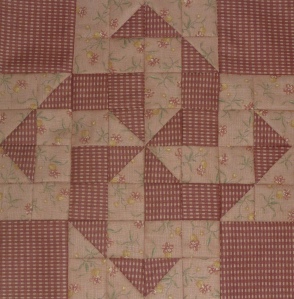 This block has been a long while coming. It’s kind of a demonstration of the power of perseverance.

I first tried to make it months ago, but when I redrafted it to make a smaller block I drafted wrong and it wouldn’t go together.

Then I decided to make it the size it was in the book, but I cut it out wrong and missed a few bits. I didn’t have enough material left to cut out the extra material I needed so I recut again and drafted as a block for english paper piecing.

I finished it this evening. 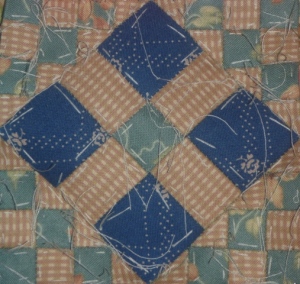 Being, Nothingness and 1000 quilt blocks
Create a free website or blog at WordPress.com.